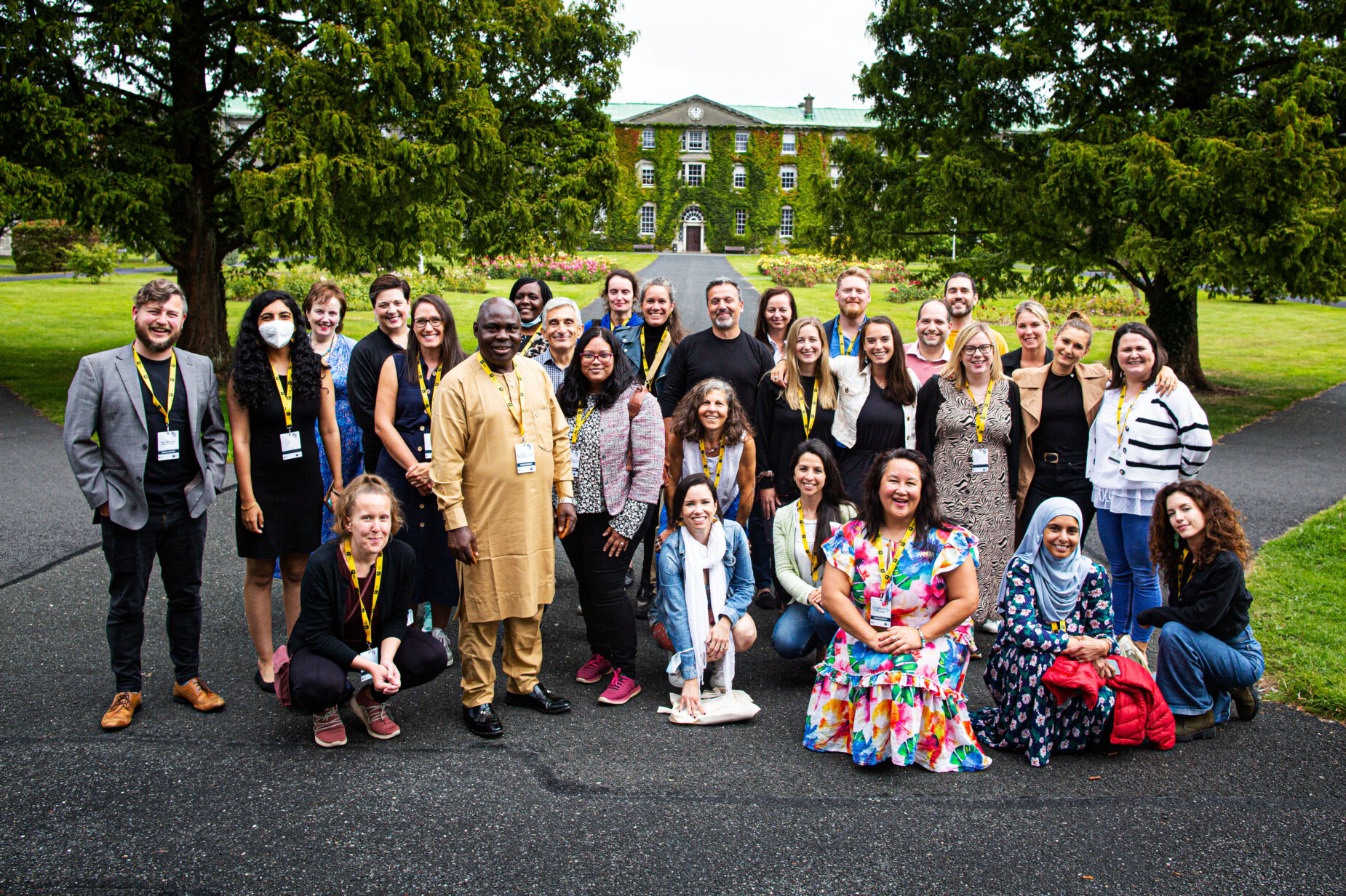 The event brought together 28 Academic Fellows and members of the Restorative Justice Pedagogy Network from sixteen countries (Argentina, Belarus, Belgium, Brazil, Czech Republic, Ireland, India, Mauritius, the Netherlands, New Zealand, Nigeria, Singapore, Spain, Tanzania, the United Kingdom and the United States). The goal was to investigate how better to communicate restorative justice to different audiences, with a particular focus on public education. The organisers delivered three days of immersive workshops, using techniques from design innovation and restorative practices to help Fellows work together to research, identify and prototype new ways of achieving this goal.

On Day 1, the tasks were to establish relationships and common intentions and to begin researching the topic, including an audit of existing approaches and knowledge. Innovation opportunities always occur within a context that has multiple actors, structural complexities and legacy momentum. On the first morning, the group voted on the most important responses to a survey that they completed before arrival. Participants then mapped and ranked the stakeholders to the problem by interest and influence, while the facilitators thematically analysed the top ranked survey responses.

Day 2 involved completing the research before reframing their problem questions. The qualitative insights obtained during the research phase permitted the participants to identify a concise set of stakeholder needs and gain further insights into the challenges.

First, the group heard from four speakers with experience of communicating with the public in other settings. Speakers included comedian and actor Terry O’Neill, Dr. Shane Bergin (Assistant Professor of Science Education, UCD), Nick Kelly, a storyteller in advertising and filmmaking, and Matt Leigh, who communicates narratives in documentaries. The group completed the research stage with the exercise ‘empathy mapping’, in which they had to select a specific person to whom they wished to communicate restorative justice, and with whom they had to empathise. Finally, the participants reframed their original problem statements into a set of new questions.

Day 3 involved ideating, validating and prototyping. The ideation phase marks the transition from the ‘Problem Space’ to the ‘Solution Space’, when participants in design workshops explore creative solutions to answer the reframed questions. This involved both group and individual brainstorming, concept production, and developing and presenting prototypes in five groups.

The ideas developed and presented included new a new children’s superhero that could feature in a TV show or video game, a training app for police officers on which the public could upload materials, beer mats and other resources to encourage people to discuss restorative justice in the pub, a safe community for adults who suffer sexual abuse in residential settings, and a new model of indirect restorative justice based on the use of videos recorded by the participants.

On each night, the group had dinner together in Pugin Hall, before which they heard from speakers working in the area of restorative justice policymaking or practice in the Irish criminal justice system, including the Department of Justice, the Probation Service and An Garda Síochána. From Restorative Justice: Strategies for Change, Core Members from Poland, Czech Republic, Ireland, the Netherlands and the European Forum for Restorative Justice attended.

The feedback gathered revealed that the Institute will inform many further activities, including the restorative justice pedagogical and advocacy work of its Fellows. The organisers also aim to publish an article on the overlap between restorative and design approaches, and another article exploring what the process and outcomes taught us about communicating restorative justice to the public.