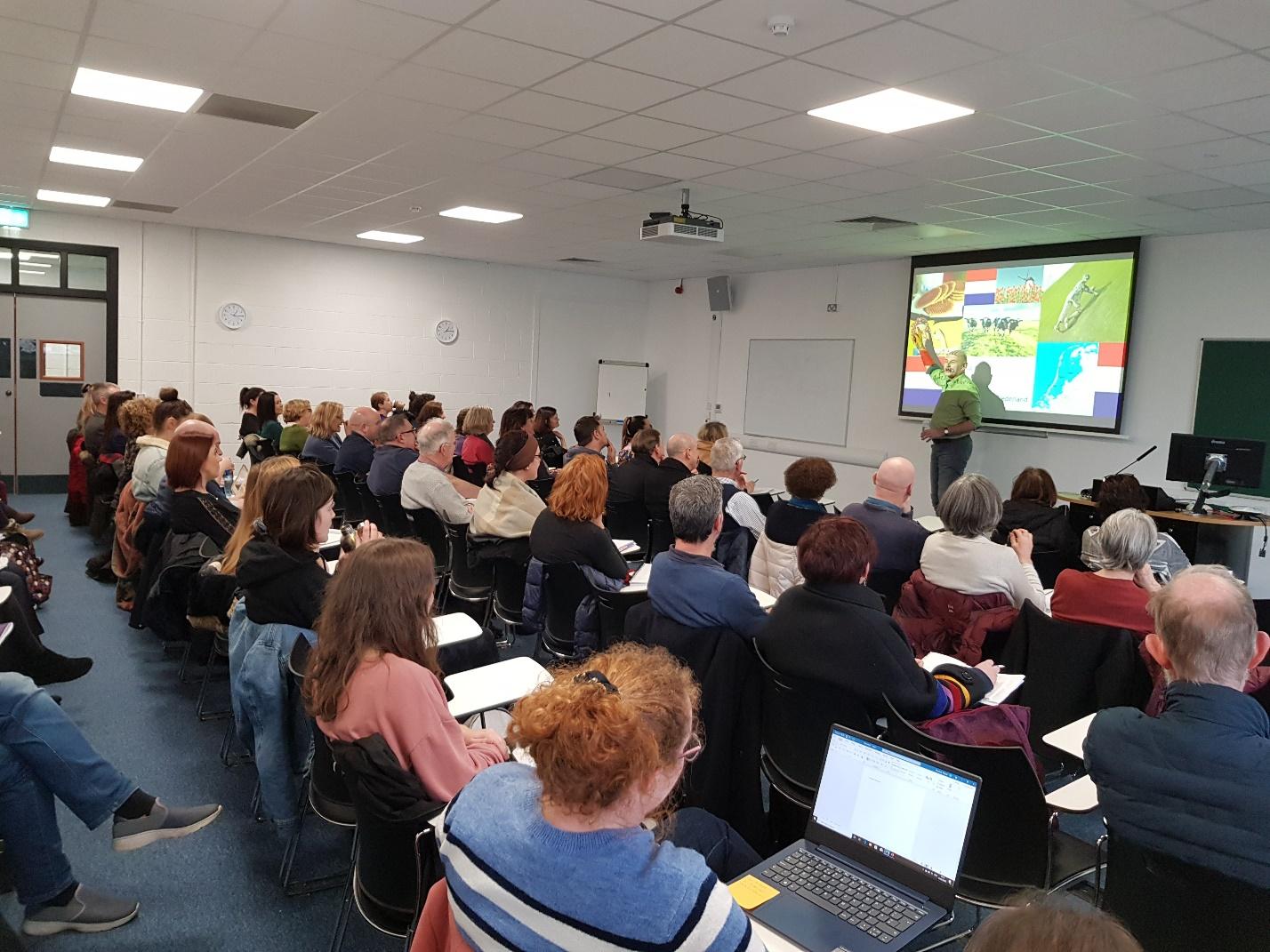 On the week of 17 February 2020, the Restorative Justice: Strategies for Change (RJS4C) Irish Core Members organised a series of workshops and public lectures in Dublin and Maynooth. These events coincided with the visit to Ireland of Gert Jan Slump, a founder of Restorative Justice Nederland and a European coordinator, alongside Ian and the European Forum for Restorative Justice, of RJS4C.

On Tuesday 18th, the RJS4C team collaborated with the Probation Service and Department of Justice and Equality to organise their first workshop, concerning the development of restorative justice legislation in Ireland. Representatives of four government departments attended alongside the Irish Penal Reform Trust and senior managers from An Garda Síochána, the Probation Service and Restorative Justice Services.

Ursula Fernée introduced the purpose of the workshop, with reference to RJS4C’s Irish national strategy and last August’s collaboration with the Probation Service, the Department of Justice and Equality, and Maynooth Department of Design Innovation, on a workshop to design restorative justice services. Dr. Ian Marder then outlined the existing provisions for restorative justice in Irish law and policy, in the context of the European legal framework and domestic laws in other jurisdictions. The visiting speaker, Gert Jan Slump, told the story of bottom-up efforts to draft and advocate for restorative justice legislation in the Netherlands, taking the audience through each element of their proposal.

On Wednesday 19th, Gert Jan spoke at the group’s second workshop in Cabra, Dublin. This event brought together around 35 people involved in restorative community development work in inner city Dublin. The aim was to build a network who could support and learn from each other, and to introduce participants to Communityprocessing, a Dutch initiative that draws on restorative practice to support mass democratic participation in decisions affecting local communities. For the first half of the workshop, the group shared information about their use of restorative practices to support local community development work. In the second half, the group listened to the presentation on Communityprocessing and considered its potential applications in the Irish context.

This event was a collaboration with the Cabra Community Policing Forum and used restorative practices to facilitate dialogue among civil society actors and statutory agencies, such as An Garda Síochána, the Probation Service and local authorities. Conversations centred on the need for positive relationships between the police and community organisers, and the importance of multi-agency and community collaboration to maximise trust and legitimacy, while avoiding silo working.

Following a visit to Shelton Abbey on Thursday, at which Gert Jan and Ian participated in a roundtable on the study and development of open prisons in Ireland, the week finished with a public lecture at Maynooth University. This involved Gert Jan speaking to around 80 people about recent developments in restorative justice law and services in the Netherlands. He also showed a recent documentary which a victim of armed robbery made about her quest to participate in restorative justice. The group then had a long conversation touching on trauma-informed practice, sexual and domestic violence, safeguards for participants in the process and the false dichotomy of ‘victims and offenders’ that pervades contemporary society.

Gert Jan’s talk also doubled as a class for LW687 Restorative Justice, a new module on Maynooth’s MA programme in Comparative Criminology and Criminal Justice. His talk was co-organised by the Edward Kennedy Centre for Conflict Intervention at Maynooth.