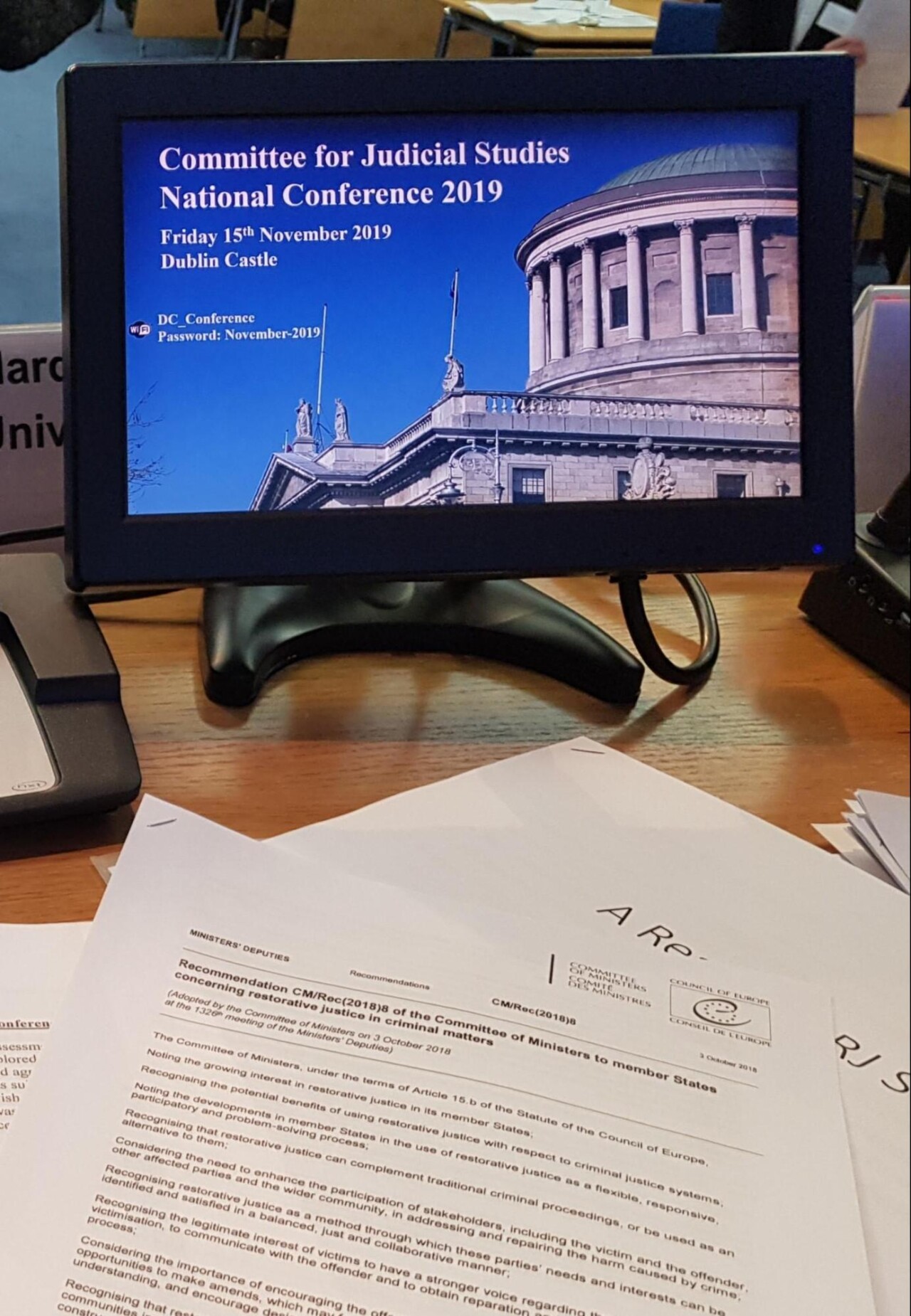 On Friday 15th November 2019, the Committee for Judicial Studies invited Dr. Ian Marder to deliver a plenary presentation to the Irish judiciary at their annual national conference. The aim of the conference, which took place at Dublin Castle, was to increase judicial understanding and awareness of various topics. This year, it included presentations on the Judicial Council Act 2019, the use of anonymity in sexual offence trials in different jurisdictions, and restorative justice, about which Ian spoke.

Ian’s presentation – entitled Restorative Justice and the Criminal Courts of Ireland – began by outlining recent developments in the Irish and international legal framework. He then spoke about how restorative justice could be used in Ireland, focusing in particular on situations in which the District and Circuit Courts might refer cases. After that, he played a short video in which a victim of a serious sexual offence described her experience of participating in restorative justice, and spoke about the various motivations that victims and offenders might have for participating in restorative justice. Finally, he drew on international evidence to advise members of the judiciary how they might seek to identify suitable cases.

The session included a response from Judge Paul Kelly of the Donegal District Court, who spoke about a particular case of restorative justice that he had recently referred at the pre-sentence stage. The session was chaired by Judge Patricia McNamara of Tallaght District Court.