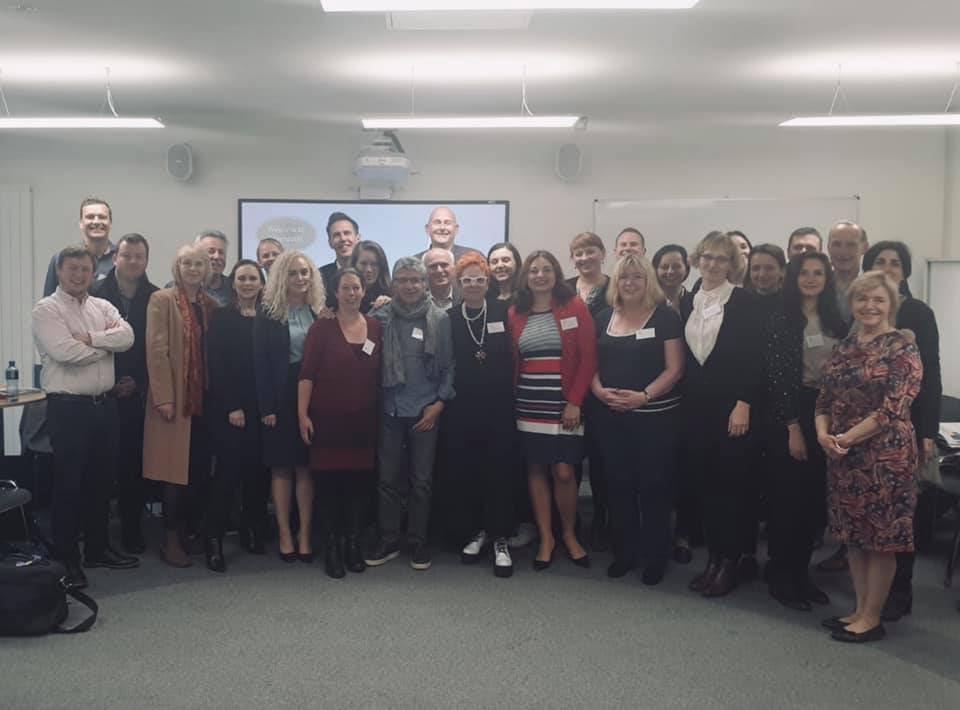 On 25/26 April, Maynooth University Department of Law hosted the launch of a new European project, Restorative Justice: Strategies for Change (RJS4C). The purpose of the project is to bring together large stakeholder groups in each participating country, responsible for co-creating and implementing a new strategy to develop restorative justice in the criminal justice system.

This event, the first meeting of those involved in the project, brought together over 30 persons from 10 countries – Albania, Belgium, the Czech Republic, Estonia, Ireland, Italy, the Netherlands, Poland, Portugal and Scotland – for two days of rich discussion and strategic training sessions.

The first day concluded with participants from each country giving a short presentation on the gaps in policy and practice which they had identified at home, before outlining the work they had done, and intended to do, during the four years of the RJS4C project (2019-2023).

On the second day, participants were treated to a further three fascinating training sessions. The first explored the government policymaking process and involved discussions of how best to influence it. This was delivered by Laidi Surva (Estonian Ministry of Justice), Lukáš Dirga (Czech Ministry of Justice), Pamela Stott (Scottish Justice Directorate) and Gemma Fraser (Community Justice Scotland).

Next, Dr. Trevor Vaugh (Department of Design Innovation, Maynooth University) gave a masterclass on design thinking and introduced participants to a range of workshop activities which they could use with their domestic stakeholder groups. This was followed by a session in which participants discussed funding, communications, future meetings and other aspects of the future of the project, before Brett Taylor (Center for Court Innovation) and Coleta Walker (Red Hook Community Justice Center) joined the group via Skype to discuss the multi-agency work which they oversee and run in New York City.

The event was kindly funded by the Maynooth University Department of Law and supported by its Executive Assistant, Vanessa Gallagher. The project’s Research Assistants – Siobhan Buckley, Niamh Wade (Department of Law) and Katharina Kurz (Department of Anthropology) – also provided support during the event and took notes which will be used to produce the conference report.